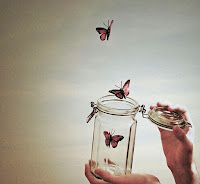 A writer friend of mine told me that being in your 20s is all about unbridled optimism that anything can happen, while being in your 30s is about figuring out your limitations, and what really is possible. Limitations are hard, she said. But it makes life so much easier when you just accept who you really are instead of constantly banging your head against your own weaknesses, hoping they’ll stop existing.

When I was younger, I had all these visions about what my life was going to look like, and what the future was going to hold for me. I was sold on my own potential, something adults had assured me I had plenty of for most of my life, but I also found it paralyzing. I could do anything. I could do anything. And that meant I had to pick and choose and apparently be very very good at it or else I would be wasting all that potential.

Things in my life did  not go as planned. In fact, they keep not going as planned. I have spent a lot of time trying to fit myself into spaces where I just don’t fit, and even if I managed to force my way in, being in them would make me constantly uncomfortable, and completely inauthentic. And why? Because of some worry that I was failing to live up to something as ill-defined as potential? 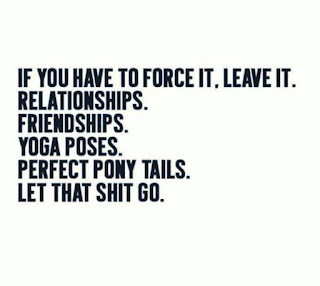 I was talking about feeling stuck, overwhelmed by the potential of my story. “Over determination is the enemy,” my friend reminded me. She told me to stop trying to force it, to move back toward writing as play. It was almost shocking advice. I have spent a long time trying to embrace writing as work. Somewhere along the way I forgot that it is also supposed to be fun.

And that life is supposed to be fun — or at least not miserable. If I was working on not forcing things in my greater life, why would I then be willing to force things in my writing? I had to let go.

It’s scary to let go. It’s scary to abandon plans — or to at least pull back on the details. It’s scary to imagine that at best you can aim for a certain direction and see what happens. As in life, so it is in writing. All the outlining in the world won’t actually take your story where it needs to go.

More importantly, worrying about living up to the potential of a story — or of a life — is a great way to squander said potential. No one person can do ALL the things in life. The therapist part of me of course knows this, but the writer part of me often forgets it. The story will come when it comes, and how it will come, and it won’t be forced.

So that’s where I am these days — trying to learn the art of letting go. My hope is that my letting go this idea of unrealized potential I can start to better focus on what already is, what I am already good at, and what I already know. I can stop living in the shadow of what could be, and enjoy the light of what actually is.

I think I’d rather be in the light. 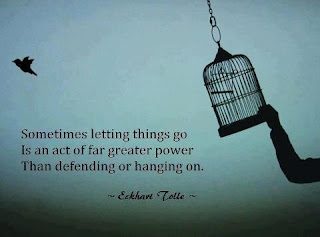 *Originally posted on The Stiletto Gang